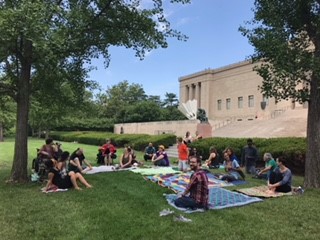 I didn’t intend to start a community and I’m not sure if I have.

I created Fountain City Meditation as a project because I was inspired to serve others by providing meditation instruction and encouragement. People need a lot of encouragement in meditation practice, I think. And if I can reach people that aren’t being reached right now, that’s even better. I think many meditation communities might not be as focused on encouragement as they could be. People need a support system for their practice and to me THAT is the central role of a meditation/spiritual community.

I was teaching in a Buddhist community here in Kansas City for a while and then one day I wasn’t anymore. That’s not something to get into here except to say that my inspiration to help and encourage others didn’t just go away, so I spent time thinking about what I can do.

I have considered asking some of the other wonderful communities here in town if they’d be willing to bring me on as a teacher, to work together. But so far I haven’t asked. I have a fear of rejection, I think. Teaching in an established community would be pretty great though. Insecurity is a weird thing.

I recorded an episode of my podcast Scharpening the Mind with my friend Daniel Symes on the subject of community because I think it’s an interesting subject. You can listen to that podcast here:

Is Fountain City Meditation a community?

I tried to create a situation where people come meditate with a minimum of baggage. We’re outside, so some of the intimidation of entering a new place isn’t there. Some people just come once, and some people come over and over. Some people come alone and some people bring friends. Many of the people that come just do the sitting practice and leave, without talking to anyone. I think that’s really great because I’m happy to welcome the most introverted among us. I think a lot of really shy people stay away from spiritual communities because they’re nervous about meeting new people. I know that when I first became interested in meditation practice, I had some issues around being reluctant to go meet people.

You don’t have to meet anyone to come to Fountain City Meditation.

Also, there’s no religion or ritual attached to what we’re doing.

I call it meditation without baggage. My hope is that people who are devoutly religious (of whatever kind) and people who don’t like religion could be equally comfortable coming to one of these events. I’m hoping that by doing outdoor events I can attract people who, for various reasons, don’t really want to go to temples or yoga studios or other traditional settings. Going inside an unfamiliar place can intimidate people too.

There’s no membership, I’m not trying to sell anything and I don’t even ask for donations. The great thing about meeting in a public outdoor space is that it doesn’t cost me anything (there are downsides too, of course) so I don’t need to take donations. All I’m spending is my time.

That might not seem like a big deal, but I know some people stay away from communities because they feel guilty when donations are being accepted. I want to reach people that feel weird when they hear the word “donation”.

I wanted to create a situation where all the things that scare people off or make people reluctant aren’t present.

I’m not sure if I’m achieving that, but I do think there are people that are interested in meditation that aren’t being reached by traditional efforts.

Non-joiners could use some encouragement too.

Is Fountain City Meditation a community? I think that’s not up to me.

It’s up to you. What do you think? 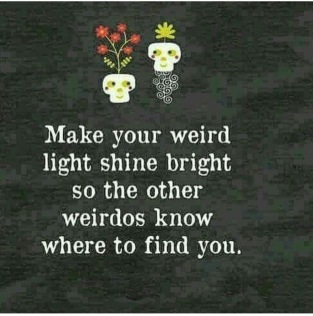 want to come meditate with me? You can here:

A while back I wrote an article for Patheos on the subject of Buddhist communities. You can see it here:

I created an all new website for Fountain City Meditation.

If it’s going to grow and be a community, it deserves it’s own website. This is still very much a work in progress, but have a look:

Daniel is a union labor activist by day and a meditation teacher by night. View all posts by Daniel Scharpenburg

“How Did You Become a Buddhist?”

The Suffering of Covid-19